If you are a reader of fiction, you may be one who enjoys entering a fantasy world where everything in the story is derived purely from the writer’s imagination. Alternatively, you might love being transported into someone else’s world and becoming a fly on the wall in the lives of characters who seem as real as their settings.

Detroit Vintage is one such setting in my latest novel, Ex-Ray. Open only on weekends and located on Detroit’s northwest side between Livernois and Wyoming at 10335 West Eight Mile Road, their coffee beans are roasted in Michigan and ground fresh daily.

It is one of only a few coffee shops in Ex-Ray where my characters Ray Saint, a native Detroiter returning to the city after living nearly thirty years in Georgia, and Dr. Glen, a mobile psychiatrist who conducts hour-long therapy sessions at various coffee shops, meet.

Detroit Vintage Coffee and Tea House is the Perfect Setting

To me, it was the perfect setting because it is independent, located in the inner city, and the interior is eclectic and unique—all of which mirror me as an independent author and my novel, which is set in Detroit. I hope readers will feel the setting of Detroit Vintage is eclectic, as well as unique.

“I park behind the Detroit Vintage Coffee Shop on West Eight Mile and notice the mural on the back wall that was painted by volunteers at Mercedes-Benz Financial Services. I read about it in Crain’s Detroit Business where I have an annual digital and print subscription, in the hopes that Sarita will be highlighted in an issue. I’m sure whatever career she’s in now she’s deserving of a write-up.” – Ex-Ray, Chapter 19

Having never personally visited Detroit Vintage, now that I reside in Florida, I had to use my imagination as well as Google. I discovered the shop through the online magazine Eater Detroit that offers food news and dining guides for Detroit and has an “Essential Guide to Detroit Coffee Bars”.

The guide, which is organized geographically, features Detroit Vintage Coffee Tea and Espresso. One of the things that stood out the most among the many other shops that were featured were the words “relaxed atmosphere” in the brief description, which was exactly what Dr. Glen and Ray needed to begin to peel back layers of Ray’s complicated life.

Pam is one of the co-owner’s of Detroit Vintage. Pam says what makes her coffee house so special is it is a place for guests to come and relax on the weekend.

As I was writing a scene for the characters Ray and his cousin Vera, Ray’s cousin revealed to me that Ray was in need of therapy due to an extremely traumatic event. I didn’t want Ray to sit in an office discussing what he went through. Since I was drinking coffee at the time, and I felt very relaxed as a result, I decided Ray would meet his therapist, Dr. Glen, at different coffee shops, which I assumed would be in the suburbs.

Sadly, I haven’t been back to Detroit in nine years, and I relocated twenty years ago. During that time, I don’t recall there being one coffee shop in the city, and now there are at least twenty-five of them!

One of the other things that made Detroit Vintage so appealing was the fact that they close during the week but are available for private events. It’s a shop with an interior that in many ways resembles a home. How perfect, I felt, for a therapist to conduct sessions inside a cozy coffee shop that could also provide the privacy that was needed for this scene.

If you live in or around the city of Detroit and would love to support an independently owned business, please consider Detroit Vintage. You’ll probably enjoy yourself. I wish I still lived in Detroit because this would be one of the coffee shops that I’d definitely visit and write a few chapters as I sipped on my French press coffee. My sister, who lives in a Detroit suburb, plans to go there soon.

I read several favorable reviews on Google, Yelp, and Facebook, but it was the one written by David Birdsall on Google that convinced me to incorporate Detroit Vintage into Ex-Ray:

“The setting is Beautiful..there is a variety of things that catch your attention…from the collection of books…to the tapestry that drapes certain parts of the area…to the different types of lighting thats [sic] warm and inviting…to the different things they have placed throughout..to even the furniture from the couches to the tables and chairs placed in such a way that make it very comfortable. It’s all very inspiring…The atmosphere is relaxing…it’s warm, the smells from the food as well as the different smells from the candles and other things they have there. And the people are genuine. I enjoyed the people I met. They have a heart for people and the community…look forward to visiting again…Oh and the food…good…I ordered one of their grilled sandwiches…and also had a coffee…definitely enjoyed myself…”

Have you been to Detroit Vintage? What did you think? Share your thoughts.

Contemporary women’s fiction writer Cheryl Robinson is the author of Ex-Ray, her eleventh novel and the second book in the trilogy Until Ray. She is a Detroit native and grew up in Palmer Woods – a residential historic district located near Seven Mile Road, Woodward Avenue, and Strathcona Drive. Her novels in the Until Ray Trilogy are set in Detroit and in her home neighborhood of Palmer Woods. Cheryl currently resides in the Sunshine State with plans to return to her hometown Detroit one day soon.

Visit Cheryl Robinson’s official website here for the latest news and updates on her work! You can also visit the Until Ray Trilogy website for more information about the novel series.

Get Your Copy of Ex-Ray!

You can order your copy of Ex-Ray from Amazon Prime here. Until Ray, the first book in the Until Ray Trilogy, is also available for free download from Kindle on Amazon.

Special thanks to Cheryl Robinson for contributing an article to Good Life Detroit and introducing readers to Detroit Vintage Coffe and Tea House!

Check out Cheryl’s interview about Until Ray, the first novel in the Until Ray Trilogy. 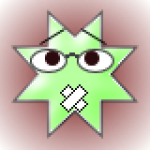 20 thoughts on “How I Incorporate Real Places into My Novels”